Written by Isabelle Wuilleumier
Updated over a week ago

Many managers find it hard to get an overview of their department’s activities (especially when they oversee more than one team).

Smart delegation makes it a lot easier. This advanced resource is a combination of two of Pipefy’s advanced features: connections and automations.

These features are used to automatically create connected cards according to pre-established conditions and after they’re done, move the parent cards.

How does automatic delegation work?

Each team uses its own separated pipe to manage their activities. The department’s manager has access to each of these pipes but he claims to have a hard time keeping track of the progress of the department’s activities as a whole.

How to setup automatic delegation?

The first step is creating the manager’s pipe. It should have 3 phases: backlog, in progress and done as well as color coded labels for each team.

Create connections between the department manager's pipe and each of the team's pipes.

Every time a card entered the “in progress” phase in the manager’s pipe, a new connected card would be created in the: 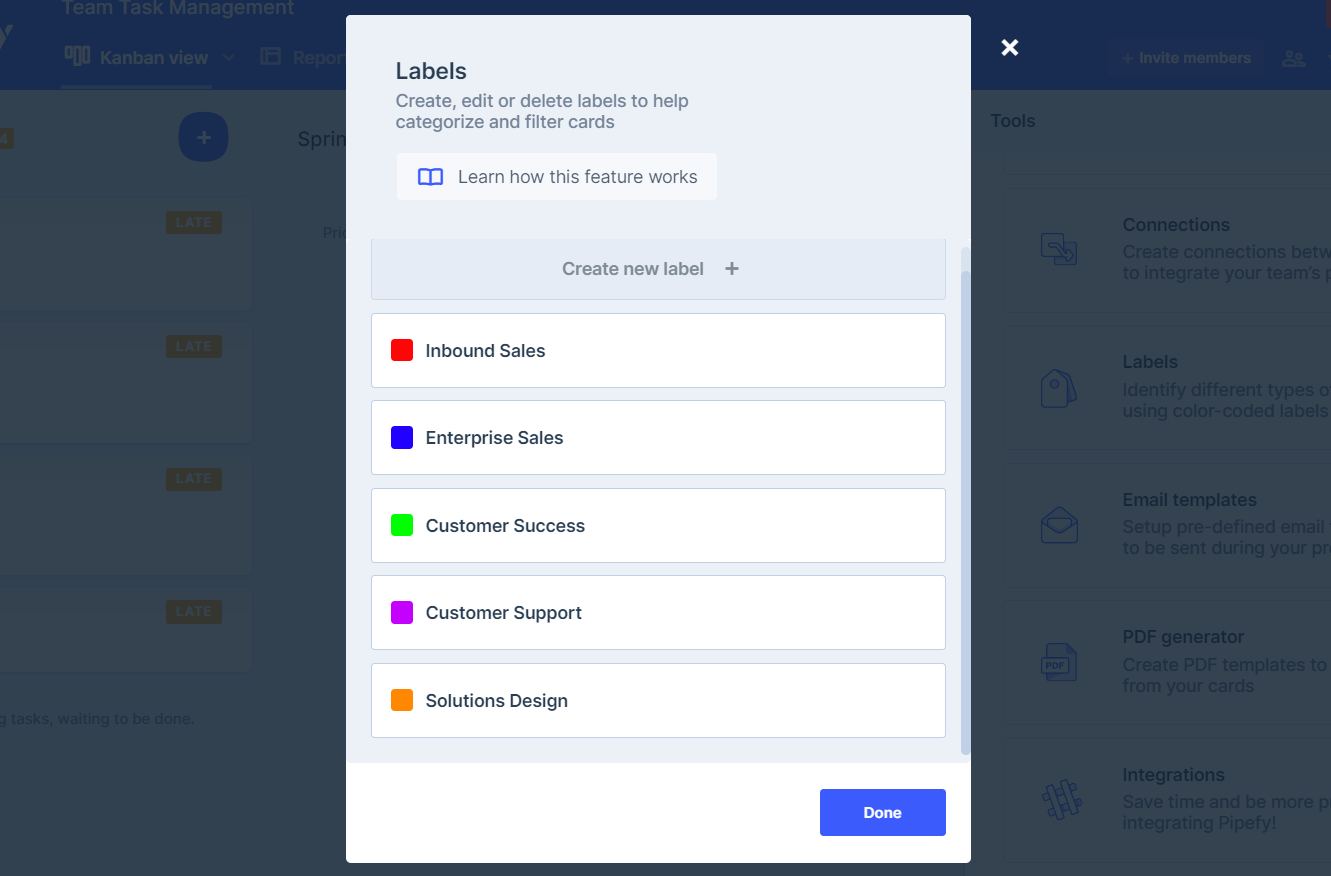 They chose the event “when a card is moved” in pipe “customer operations” to phase “in progress” according to this condition: Label > is equal to > inbound sales.

The action was “created a new connected card” in pipe “inbound sales”. They’ve matched the corresponding fields and that’s it, first automation done.

Repeat it four more times using each team’s label in the condition and each team’s pipe in the action.

How to keep track of the delegated tasks?

To make sure the manager would always know when the delegated tasks were done, their consultant suggested they set up a second automation so that way every time a connected card was moved to done, so would the ‘parent’ card.

Here’s how they set it up: 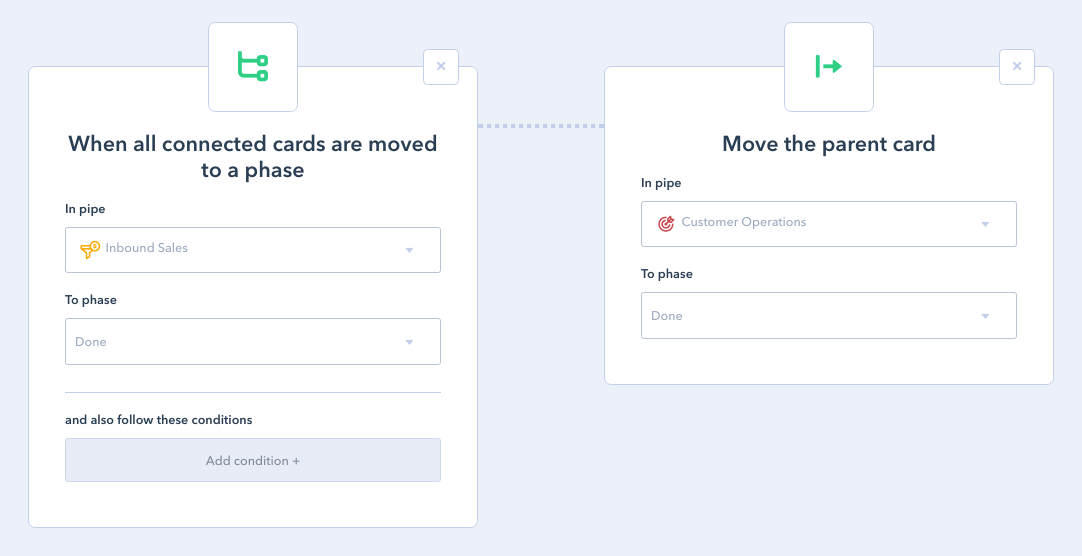 They did the same to all other pipes and that was it.

The customer operations manager was now able to check the status of each task by opening the card and viewing the connected card information.

Did this answer your question?